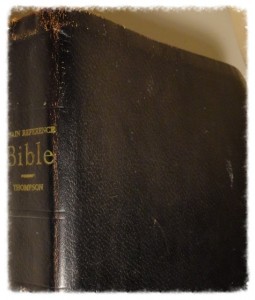 Even as Elisha ask God to open the eyes of his servant, we need our eyes opened to God’s blessings! God is in the midst of our lives, we just have to open our eyes and see Him!

Sometimes the valley gets so deep with despair we can hardly see the sun shine for the shadows! Our lives get so complicated from our own coming and goings that we forget who our true keeper is! I know this for a fact! Sometimes I just need to Open my eyes!

At different times in my life I have felt that I was able to make my way and that I was my own man and I could just do anything I set my mind to! This is partly true. If I had remembered to keep God out in front of it all, it would have worked out fine in the long run! I needed to open my eyes!
2 Kings 6:

17, And Elisha prayed, and said, Lord, I pray thee, open his eyes, that he may see. And the Lord opened the eyes of the young man; and he saw: and, behold, the mountain was full of horses and chariots of fire round about Elisha.

Elisha, was a man of God! He was a thorn in the side of the King of Syria! The Syrians and pretty much every country around was at war with Israel even as they are now! You see, Israel is God’s chosen people! We can’t change that or make it any different no matter where we are from or what we think! It is what it is!

No matter how hard he tried or how often he tried he could not spoil the Armies of Israel. He just knew there was a spy among them! What else could it be? Well, things aren’t always as they seem! I have learned this lesson many times in life! Usually if it walks like a duck and quacks like a duck, it is a duck! This is not always the case. It may be a fox in the discuise of a duck! He may have a duck caller and using it to lure you away! Things are not always what they appear.

The King of Syria was about to be taught a valuable lesson and he was a wise King! You see, his servants told him,
2 Kings 6: 12 And one of his servants said, None, my lord, O king: but Elisha, the prophet that is in Israel, telleth the king of Israel the words that thou speakest in thy bedchamber.

Oh my, I have no secrets that are not revealed to God? Well, sorry to say but no! God knows the innermost thoughts of our hearts! God was revealing to Elisha what the Syrian King was up to as he would think of it! If he set out to ambush the Armies of Israel in the valley God would reveal this to Elisha and he would send word to the King of Israel not to go into the valley!

This was more than the King of Syria could stand for! Get up and go down to Dothan and get this man who tells the King of Israel what I do! Little did he know, God was about to open his eyes!
2 Kings 6: 14 Therefore sent he thither horses, and chariots, and a great host: and they came by night, and compassed the city about.

He meant business and sent a great army to capture Elisha and surrounded the city in the night so he wouldn’t be seen! He made sure no one would know of it! He forgot God was still watching him and making preparations for it!

The next morning Elisha’s servant arose early and went out and immediately he saw the Syrian army. They had surrounded the city and there was no way out! Terrified he called to Elisha and said, Alas, my master! This is a cry of despair! I can remember having to cry in despair to God many times in my life! God is faithful even when we aren’t sometimes.

Elisha arose and saw the great Army of Syria and was not troubled in the least! He prayed and ask God to open the eyes of his servant! When his eyes were opened he saw the Armies of the most high God! “the mountain was full of horses and chariots of fire round about Elisha.”

Sometimes we forget that we are covered by the blood of Jesus and that Satan has no claim on us anymore! Sometimes in this life things can get really difficult and we feel like we are compassed about by the armies of Satan! Seems like we just can’t find a way out! There is a way out! Lets open our eyes and allow God to fight the battle for us! He is much more qualified to do the job!

The Syrians were blinded and led to the innermore parts of Samaria and compassed about by the Armies of Israel and then God opened their eyes! They just knew they would all be slain! The King of Israel even suggested it but ELisha said no! God has delivered them to you unharmed now feed them and let them go in peace.

It is a hard task to feed those whom you think may have been sent to do you harm but sometimes it is the best thing. After this, the armies of Syria came no more into the lands of Israel. Remember, I said the King of Syria was a wise man! He had learned a valuable lesson!

No matter how dire the situation gets, we can trust in God to be there. We may not see Him or know He is about but be sure your God will watch over you. If you trust in Him, He will surround your enemies with the “Chariots of Fire”! Fear not for I am with you even unto the ends of the earth!

What a great promise!

I am glad to have had my eyes opened to Jesus and know he is my keeper. Open your eyes and see! God is still Lord and Master of our souls and lives! God is our keeper and preserver of our souls! What a great thought!

Thanks for stopping by Back Roads Living again.