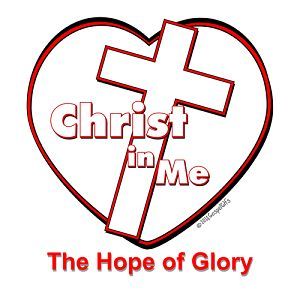 Unforgiveness is a bitterness from within man. Born of our flesh and inherited from our ever increasing pride before we become born again. Those who are unforgiving are never really at peace with themselves. To be an unforgiving person is like drinking poison and expecting someone else to die. It never hurts the one who is not forgiven near as much as the one holding the grudge.

The scripture teaches us that we are to forgive.

Ephesians 4:32 And be ye kind one to another, tenderhearted, forgiving one another, even as God for Christ’s sake hath forgiven you.

There are tons of scripture dealing with forgiveness. I will not list them all as that would make this an article much too large to read comfortably.

Lets talk a little bit about unforgiveness and see why it is so important to forgive others. If we have not forgiven others we are living in a situation that has potential to make us bitter toward others and rebellious toward God.

When we look to the scripture to find out about unforgiveness we will see the damage it can cause!

The first example is Cain and Abel!

In the book of Genesis we find unforgiveness early on. In Genesis 4 1 – 8 we see the story of the birth f Cain and Abel and the occupations they chose. When it came time to make a sacrifice to God, Cain brought the fruit of the ground and Abel brought of the firstborn of his flock and of the fat portions.

God accepted Abel’s sacrifice but rejected Cain’s! There is a reason for this and it has to do with faith in God and His word. the book of Hebrews speaks of this in Hebrews 11: 4, By faith Abel offered unto God a more excellent sacrifice than Cain, by which he obtained witness that he was righteous, God testifying of his gifts: and by it he being dead yet speaketh.

Since faith is not what the article is about we will cover this at another time. The thing I want us to take from this happening is that after Cain’s sacrifice was rejected he developed a hatred in his heart for his brother. His jealousy prompted him to kill Abel. He could not forgive his own brother for offering a better sacrifice than himself.

Unforgiveness breeds, hatred, bitterness and jealousy! Cain exemplified all three of these in his killing of his brother. The bible does not specify this but by his actions we can understand his bitterness, jealousy and unforgiveness! Even though he got rid of what he thought his problem was, he ended up losing much more than had he just repented and offered a sacrifice of faith. He was cursed and driven out of the land of his father.

James 3:14-16
14 But if ye have bitter envying and strife in your hearts, glory not, and lie not against the truth.
15 This wisdom descendeth not from above, but is earthly, sensual, devilish.
16 For where envying and strife is, there is confusion and every evil work.

James says that envy, which is a part of jealousy is devilish! We see the work of Satan in the work of Cain killing his brother and because of his unforgiveness he committed this great sin.

The next example is the example of King Saul and David.

David was a young man who literally delivered the Armies of Israel out of the hand of the Philistines! He was beloved and became a friend of King Saul!

After DAvid has slain Goliath King Saul inquired of him and made him stay. David became friends with Saul’s Son Jonathan and became as a brother to him. King Saul appointed David over the men of War. The armies of Israel. In this position David found much favor in the peoples sight and he won their hearts.

When the Armies of Israel returned from the slaughter of the Philistines the women came from all the cities and began singing and dancing with their musical instruments to meet King Saul and his men. AS they sang they voiced that Saul had slain his thousands and David his ten thousands.

This saying displeased King Saul very much and grieved him! This was just a young boy from the city of Bethlehem and of no name. The women began to build him up as being greater than the King himself. Saul became wroth, and the saying of these women displeased him. At this point he became jealous of David saying what more could the people give him other than the kingdom!

Saul allowed bitterness and Jealousy to create hate in him for David! After this as Saul set in him chambers he became so overcome with hatred and jealousy he tried to kill David with a javelin ( A large spear) In the near future King Saul would even try to Kill Jonathan his own son because of his hatred for David. The hand of the Lord was upon David and God had forsaken Saul. Saul recognized this and it became a bitterness to him until his death!

Unforgiveness is such a horrible thing.

Unforgiveness eats away at us until we are consumed from within. I am convinced that many or our sicknesses we suffer are because of sin in our lives and one of those being unforgiveness! The scripture teaches us that we must forgive in order to be forgiven. In “The Lords Prayer” Jesus says in verse Matthew 6: 12, ” And forgive us our debts, as we forgive our debtors”. This indicate that we will be forgiven as we forgive! We give up the right to hold unforgiveness against others when we accept the forgiveness of God!

Lets look at hatred. The definition of hatred is:
1. ha·tred
noun
intense dislike or ill will.

I think the term hostility can also be added to this definition.

This is what developed in the heart of Cain and King Saul. You can tell by the results of Cain inviting his brother out into the field and Saul trying to pin david to the wall with a Javelin. Cain had predetermined to kill him. Saul, in his anger tried to kill David. Their unforgiveness had bred hatred!

Lets look at bitterness. The definition for bitterness is:

Cain and King Saul both showed their bitterness of someone else being show more favor than them.

“Bitterness is that state of mind which willfully holds on to angry feelings, ready to take offense, able to break out in anger at any moment”. Quote taken from: “Got Questions”.

Obviously the 2nd meaning is what prompted Cain to kill Abel and why Saul tried to kill David!

Following is a scripture speaking of bitterness!

Proverbs 17:25 A foolish son is a grief to his father, and bitterness to her that bare him.

This use of the word bitterness is pertaining to the 1st example.

Lets look at jealousy. The definition of jealousy is:

jeal·ous
adjective
1. feeling or showing envy of someone or their achievements and advantages.
“he grew jealous of her success”
synonyms: envious, covetous, desirous; More
antonyms: proud, admiring
2. feeling or showing suspicion of someone’s unfaithfulness in a relationship.
“a jealous boyfriend”
synonyms: suspicious, distrustful, mistrustful, doubting, insecure, anxious; More
3. fiercely protective or vigilant of one’s rights or possessions.
“Howard is still a little jealous of his authority”
synonyms: protective, vigilant, watchful, heedful, mindful, careful, solicitous
“they are very jealous of their rights”

The first definition is the example shown in our text of Cain and Abel and with King Saul and David.

I ran into a situation just a little while back where a fellow church member said something to me that offended me. It was a very mild offense and I didn’t think much of it until a couple of days later when Satan brought it to my attention again and I felt the sting of the offense more than when it was first said! At this point the Holy Spirit spoke to me and I realized I was walking in very dangerous territory!

When I was prompted by the Holy Spirit I immediately purposed in my heart to forgive the person, even though I really didn’t think it was anything to worry about. In the beginning it didn’t seem like anything that would bother me but it had begun to turn into resentment! Time to make decisions!

The first thing I did was ask God to forgive me for allowing this to creep into my spirit! Instant forgiveness because in that same prayer I ask God to bless and not hold anything the individual had said to me against him! We have to purpose in our hearts to not take offense if we plan on walking in the Spirit of God!

Ephesians 4:29-31
29 Let no corrupt communication proceed out of your mouth, but that which is good to the use of edifying, that it may minister grace unto the hearers.
30 And grieve not the holy Spirit of God, whereby ye are sealed unto the day of redemption.
31 Let all bitterness, and wrath, and anger, and clamour, and evil speaking, be put away from you, with all malice:

I would suggest reading the 3rd Chapter of Colossians and apply it to our ability to forgive others. These few verses are just a small part of this chapter.
12 Put on therefore, as the elect of God, holy and beloved, bowels of mercies, kindness, humbleness of mind, meekness, longsuffering;
13 Forbearing one another, and forgiving one another, if any man have a quarrel against any: even as Christ forgave you, so also do ye.
14 And above all these things put on charity, which is the bond of perfectness.
15 And let the peace of God rule in your hearts, to the which also ye are called in one body; and be ye thankful.

Christ in me Photo provided by: Gospel Gifs @ https://gospelgifs.com/art_pages_26/christ_in_me_02.htm