When discussing Chicken Illnesses, there are a lot of them to cover. Chickens can come down with lots of different diseases.  Most folks in days gone by would just eliminate any chicken that got sick or acted funny in order to prevent any others in the flock from catching whatever the sick or apparently sick chicken had.

Lots of chicken and dumplings were made early as a result of not knowing or understanding some of these chicken illnesses.

To get a better understanding of cickens and the illnesses they can get, we ahve put together this list to help you identify many of them.

This is certainly not every illness or disease chickens can come down with but it is a good start on the most common ones and how to deal with them.

20 of the most common chicken illnesses:

Aspergillosis is a disease that primarily affects young chickens. It is responsible for the deaths of a large number of young chickens globally.

Symptoms – Fowls may gradually lose weight, mope around or die. In some instances, they may display signs that they have difficulty with breathing as well.

Cause – The primary causes of aspergillosis is the manifestation of bacterial growth within the bronchial tubes and windpipe.

Cure – Environmental sprays that contain anti-fungal and antiseptic properties can help to reduce this challenge. Nystatin and Amphotericin have also been used to combat this disease.

Prevention – Protection lies in only providing dry, high-quality litter and feed as well as the introduction of Nystatin or Thiabendazole in the feed.

This is regarded as being one of more serious chicken illnesses that cause the death of many chickens.

Symptoms – Chickens that are affected with this disease usually stand by themselves with a roughened plumage. They usually experience whitish diarrhea as well.

Cause – Infection as a result of a species from the Aspergillus fungus. Contact usually occurs once the spores have been inhaled.

Cure – There is currently no cure for this disease, As such, poultry-men must aim for prevention.

Prevention – Clean materials such as straw should be used for nests. Eggs that are posed for hatching should be wiped with 80% alcohol. 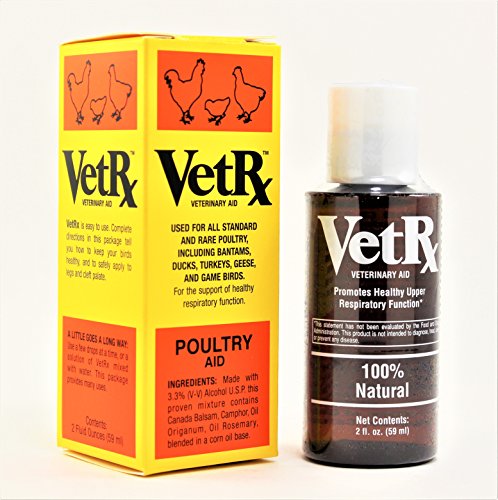 In comparison to other chicken illnesses, Bumblefoot is not usually serious if it is detected and treated early.

Symptoms – Swelling of the pad of the chicken’s foot.

Cause – This occurs when the chicken experiences an injury to the sole of the foot, which subsequently develops into an abscess.

Cure- Can be administered via the application of iodine. The affected area will also need to be bandaged to prevent further injury as well.

This video below is on removing the bumblefoot core by surgery at home. Notice: It is graphic!

This is a bacterial disease that can cause sudden death.

Symptoms- Sings of infection may include purple discoloration of the skin, the leakage of mucus from the beak and severe depression.

Cause – The cause of Cholera is Pasteurella multocida, which is a gram-negative bacteria.

Cure – Treatment can be provided via the application of tetracycline. It reduces chicken fatality rates but it will not cure carrier birds.

Prevention – The bodies of birds that have passed away should be burned and strict sanitary measures must be implemented. Vaccines are also available for this disease as well.

In comparison to other chicken illnesses, catarrh is particularly dangerous because it is commonly confused with roup.

Symptoms – Symptoms include loss of appetite, moping, discharge from the eyes and nostrils and bouts of sneezing.

Cause – Damp and cold environments.

Prevention – Warm housing and adequate protection from the wet and cold. 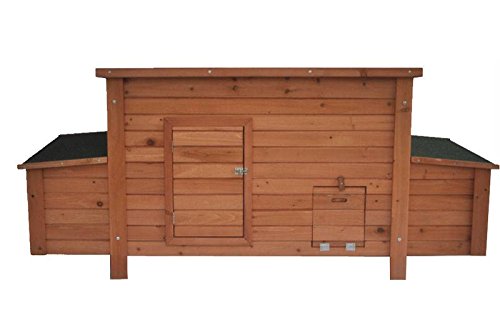 This is a particular dangerous disease. Experts proclaim that chickens who are affected with diphtheria, must be isolated and put down immediately.

Symptoms – A cold followed by yellowish and whitish patches that can be seen on the back of the throat.

Cause – The disease is the later stage of roup.

Cure – Due to the fact that diphtheria is highly infectious, it’s best that you isolate and kill the first set of cases.

Prevention – Chickens should be vaccinated.

This is an inflammation that leads to the erosion of the lining of the stomach.

Symptoms – This disease cannot be diagnosed while the chicken is still living.

Cause – Consumption of decomposing food as well as other poisonous compounds.

Cure – Provide the affected with 1-2 tablespoons of castor oil and provide it with easily digestible food with barley water or milk.

Prevention – Inspect feed to determine that it does not contain decomposing substances or any other poisonous compounds such as avocados, chocolate, etc.

This is a paralytic, often fatal disease that affects domestic and wild chickens.

Symptoms – The muscles within the fowl’s neck may become so relaxed that they are unable to support the head.

Cause – Ingestion of a toxin that was produced by the bacterium Clostridium.

Prevention – The only preventative step that you can take is to remove the suspected source of the toxin to prevent it from being consumed by other chickens.

This is a disease of the alimentary tract.

Symptoms – Even though the condition produces no specific symptoms, young birds may become pale or lethargic, caged hens may become anemic and obese, and some chickens may exhibit the signs of inflammation.

Cure – An antimycotic drug can help to control the infection.

Prevention The addition of nystatin to the feed for approximately ten days can help to prevent it from spreading to other chickens. 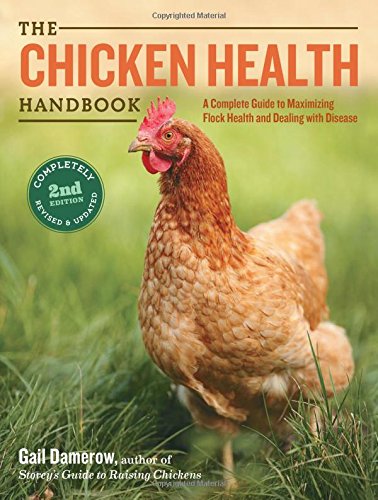 When Chickens are sick they need immediate attention

It is really important to keep an eye on your flock so you can detect a sick chicken before it has time to spread the problem throughout you entire flock.  As you look over these Chicken illnesses please keep in mind some of them can be very serious if not detected in a timely manner.

This is described as being a chronic infection that can lead to sudden death.

Symptoms – Round ulcers within the intestines

Cause – The cause of this infection is a spore-like bacterial rod that goes by the name of Clostridium colinum. The infection is spread by the droppings that carrier birds produce.

Cure – Penicillin, and Bacitracin are recognized as being the most effective drugs to use when it comes to treating this infection.

Prevention – The whole concept of raising chickens on wire flooring has proven to be an effective preventative measure.

Symptoms – Symptoms include sneezing, coughing as well as discharge from the eyes and nose.

Cause – This disease is caused by the IBV or avian infectious bronchitis virus.

Cure – No treatment is currently available. However, antibiotics can be utilized to prevent the manifestation of secondary infections.

Pullorum disease is defined as being a bacterial disease that primarily affects turkeys and chicken.

Cause – The cause of this disease is a bacterium that has been named salmonella pullorum. The organism is typically transmitted through eggs, but can occur as a result of egg to chick or chick to chick contact.

Cure – Drugs that can treat pullorum disease include: gentamicin, sulfa drugs and furazolidone.

Prevention – Eradication of the breeder flocks.

This is a viral disease of chicken, which has a mortality rate of up to 5-10% which can be as high as 60% if the fowl has an inter-current disease.

Symptoms – Signs include: paleness, poor growth, and a sudden rise in mortality.

Cause – The disease is caused by the Chicken Anemia Virus.

Cure – Proper hygiene and arrangement as well as the control of other inter-current diseases.

Prevention – The parents of the affected can be given live vaccines.

Infection with Mycoplasma gallispsticum is commonly associated with chronic respiratory diseases in chickens.

Cause – Respiratory viruses such as Haemophilus, E. coli and inadequate environmental conditions are categorized as being predisposing factors for this disease.

Prevention – In some instances, the implementation of preventative medication has been known to benefit infected flocks.

A condition that primarily affects, turkeys, ducks, and chickens.

Cause – Vitamin D or Calcium deficiency.

Prevention – The supplementation of calcium carbonate and Vitamin D with antioxidants.

Symptoms – Sudden death, most chickens are found lying on their back.

Cause – No known cause 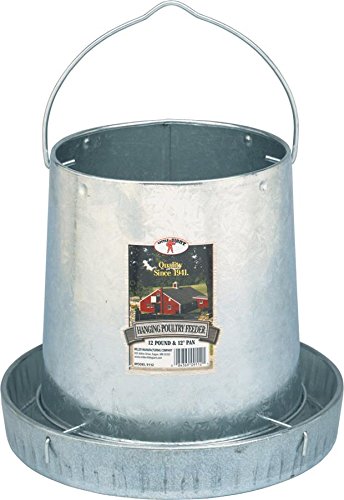 An insidious disease of chickens that has a low mortality rate but high morbidity rate.

Cause – Vibrio bacteria – transmission can occur through contact with fecal matter.

A condition that that is seen worldwide in turkeys, ducks, and chickens.

Cause – Bacterial infection of the navel and yolk sac as a result of bacterial contamination.

Prevention – Prevention is best achieved through implementing an effective hygiene and sanitation program.

A condition that has until now been seen only in meat-type fowls. It primarily occurs in Europe, North and South America.

Symptoms – Signs include depression, emaciation, persistent low mortality and the enlargement of the liver.

Cause – This is caused by the avian retrovirus.

This is a viral disease which affects the central nervous system.

Symptoms – Signs include dull expression, imbalance, paralysis, and tremor of the neck, wings and head.

Cause – The disease is caused by the virus – avian encephalomyelitis

Prevention – The vaccination of breeders who are at 9-15 weeks can prove to be especially beneficial.

You may want to also check out the other common poultry diseases and illnesses from the University of Florida IFAS Extension. This is an excellent source with charts.

Most of the medicines listed for treatments for the illnesses above will have to be picked up at your local Feed Store, Online or the Vet.  Always follow all directions and if you have questions always ask before administering these medicines as inaccurate doses could be even more harmful that the illness.

It is so important to understand the sicknesses and illnesses associated with chickens if own, or have intentions of raising a flock of your own!  The 20 illnesses listed here are just some of the more common ones and there are many more.

We will be glad to answer any questions, or if you have more or better information than what we have shared, please feel free to contribute by leaving us your thoughts and experiences below in the comments.

Chicken illnesses should not be taken lightly and should always be treated as soon as possible! Prevention is always the best medicine!  Remember to check your flock regularly for sick chickens and weak looking individuals.  Staying ahead of the illness is the key to keeping a healthy flock. 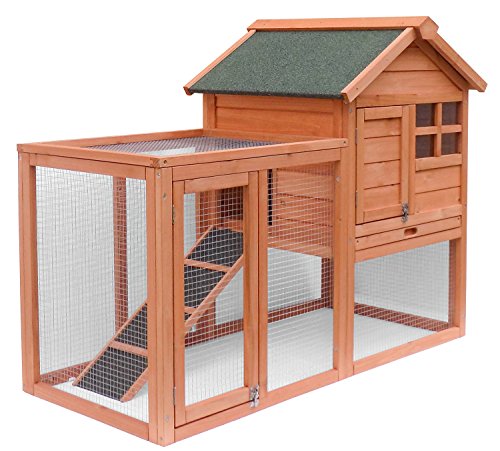 Have fun and enjoy those chickens!

What do Chickens eat