Keeping Chickens in the City

Keeping Chickens in the City 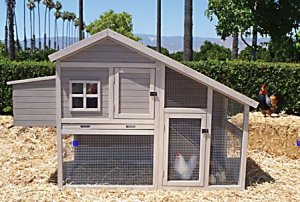 I have had a couple of articles written about Keeping Chickens in the City and Urban Chickens and personally found them pretty interesting. I am assuming everything is pretty much as keeping them on the farm except for letting them free range.

I am sure the Coops and Houses are pretty much going to be the same inside structure. I know sometimes the City or Urban Chicken lovers will go to a lot of lengths to get Coops that are everything from Retro to Country to Modern Art! I have seen some very unique looking Coops in my searching the Internet for article sources. Keeping Chickens in the City is for sure changing the landscape in the city.

We raised Chickens when I was a kid and our chicken house was built out of spare lumber picked up who knows where. My Dad was a fair hand at being a jack of all trades and he built our Chicken Coop and it sufficed for what it was. It would not have won any awards for looks but it did the job. Had he been Keeping Chickens in the City they might have made a little fun of the Beverly Hillbillies House! I thought he did a fine job myself! 🙂 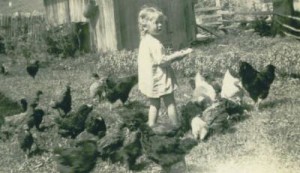 As the economy has taken another turn for the worse I am reading all the time how residents are petitioning City Councils to allow them to raise chickens in the city limits. City and Urban Chickens are here to stay and the population of chicken growers is growing! Keeping Chickens in the City is becoming a more common sight. As time goes on there will be more and more fresh eggs in the city for the chicken growers.

Some of the concerns with keeping chickens in the city are:

Noise: In many Cities and urban communities Roosters are banned and only chickens are allowed in restricted numbers and surroundings for noise purposes. I know, every now and then you will find a chicken that will crow! The only real time a neighbor would hear your hen is after she lays an egg and this is for only a few minutes. She is a quite bird otherwise. Her talking and singing is not very loud and will not bother your neighbors. You will make much more noise working in the yard with your lawn mower, leaf blower and weed eater than any of your hens will make in your yard. Most all of them will lay in the coop and the noise will be contained there. Your cats and dogs will also make more waste than your chickens to have to clean up in your yard.

This is an odd fact, “In 1926 in Oakland California, the department of public health and safety issued an order to, “put your roosters in a light proof coop, or devise apparatus that will hold the rooster’s head down so he can’t crow” in response to complaints about the noise they were making. If they couldn’t see any light, it was believed that they wouldn’t know it was morning and wouldn’t crow”

Health: Salmonella and Bird Flu are two health issues with the human race.
According to experts the chances of catching Bird Flu are very low but it can be contracted. No Bird Flu is know to be in the USA right now that I can find.
Salmonella is usually associated with undercooked food. Owning chickens should not increase this problem but it seems to be an issue when argued at city councils over keeping chickens in the city.

Odor: Normally city and Urban ordinance limit the chicken population for backyard owners that this is really not an issue. This small number will not build up enough ammonia to create a problem with smell like the commercial growers do. Your chickens will make no more of a mess than your other pets normally do. A normal dog produces almost 12 times as much waste in a day as a chicken.

Attracting Pest, Rodents and Predators: I have never know a city to be over run by either of these because someone started keeping chickens in the city. The bird feeders, fish ponds, garbage set out to be picked up will generate more of these that your chickens. Most chickens are protected by a fence and sturdy coop! Owners take care to make sure their birds are safe!

Property Values: This is the last item I am going to mention but it is a valid concern for many people. When you research this you will find that according to real estate values this has not affected any city property to speak of. The values of the homes next door to the chicken owners have held their value just the same.

In my opinion owning Urban or City Chickens is as sanitary and as useful as owning any other pet! These birds supply fresh eggs, companionship, and bug control to your backyard and yourself.

Do you live in the City and keep chickens?

Does your City Ordinances allow you to Keep Chickens in the City?

If you decide to do this and your city ordinance stops you, go prepared with these facts so you can start keeping chickens in the city.

Drop us a line in the comment box below and let us know how your city or county handles this issue.

Share the article with your friends by clicking your favorite SOCIAL SITES buttons below! 🙂

When Do Chickens Start Laying Eggs?

Before You Buy Chickens, Read This Article!