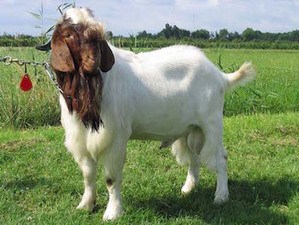 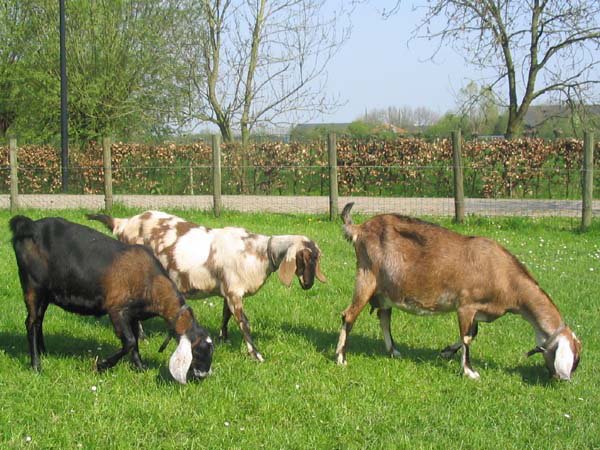 https://commons.wikimedia.org/wiki/File%3ANubische_geiten.jpg The Anglo-Nubian, or simply Nubian in the United States, is a breed of domestic goat. The breed was developed in Great Britain of native milking stock and goats from the Middle East and North Africa. Its distinguishing characteristics include large, pendulous ears and a "Roman" nose. Due to their Middle-Eastern heritage, Anglo-Nubians can live in very hot climates and have a longer breeding season than other dairy goats. Considered a dairy or dual-purpose breed, Anglo-Nubians are known for the high butterfat content of their milk, although on average, the breed produces less milk than other dairy breeds.