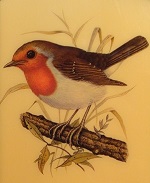 People are hiding from God for many reasons. Sometimes it is from shame, fear, embarrassment, not wanting to do the task set before them, etc. I will be touching on some of these areas in this article.

This all took place because of a lie and disobedience!

It was not the fruit that caused Adam to die spiritually and to start the process of dying physically but the word of God, God said, “The day you eat thereof you shall surely die” The fruit did not matter the tree did not matter, it was the disobedience to the spoken ‘word of God”.

It could have just as well been a blueberry bush or fig tree or anything that bore fruit! It had to bear fruit because God said the day you eat of this fruit you will die! What kind of fruit it was makes no difference, it was the fact that God spoke “His” word and proclaimed it! God’s words are established in heaven forever and they will not be changed but accomplish what is said!

When we sin, we know it! We do not have to ask. If we have to ask, we more than likely have sinned. I know there are those whose conscience is mired and have a hard time discerning between things and are carrying yokes unnecessarily and think everything is a sin. I am not speaking of these people who are not growing in the grace and knowledge of God but to those who are leaning in on God and seeking Him. We know when we sin! It hides us from God! Sin separates us from God! Just as adam hid from God in the garden we sometimes try to hide from God when we sin by our many explanations and reasons! We stand without excuse! 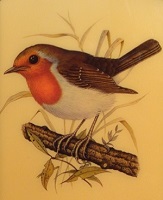 Speaking of the weak conscience and those who have not matured, I would like to quote from John Wesley. John Wesley was a great and pioneering minister of the Methodist Church in the 1700’s. A very spiritual and knowing man of God.

This quote is from the book: THROUGH THE YEAR WITH JOHN WESLEY, AN ANTHOLOGY.
1983 compiled and edited by Frederick C. Gill

“But sometimes this excellent quality, tenderness of *conscience, is carried to an extreme. We find some who fear where no fear is; who are continually condemning themselves without cause; imagining some things to be sinful, which the scripture nowhere condemns; and supposing others things to be their duty, which the scripture nowhere enjoins. This is properly termed a *scrupulous conscience, and is a sore evil. It is highly expedient to yield to it as little as possible; rather it should be a matter or earnest prayer that you may be delivered from this sore evil, and may recover a sound mind.”
*con·science: an inner feeling or voice viewed as acting as a guide to the rightness or wrongness of one’s behavior

*scru·pu·lous: (of a person or process) diligent, thorough, and extremely attentive to details. Strict.

I have known several people over my lifetime with this sore evil and they can not go a day without feeling condemned to hell because some thought or provocation entered their mind and their conscience condemns them so fast they have no time to think about it! We all have thoughts, it is what we do with them that makes or breaks the issue! If we act on unGodly thoughts we sin, if we push them out of of our minds by meditating on the word of God and prayer without acting upon them we have forgiveness! What a wonderful thought! The more mature we become and learn to rely on the grace of God the less and less this thing will happen. We will come to the point that if something should start to enter our thoughts the Holy Spirit will speak and this thing will never take seed, it will dissipate instantly as we fill our thoughts with the word of God!

Remember, Ephesians 6:12 For we wrestle not against flesh and blood, but against principalities, against powers, against the rulers of the darkness of this world, against spiritual wickedness in high places.

Ephesians 1: 17 – 23 speaks of all things being put under the feet of Christ, all things under him, under his feet. God has all dominion!

Philippians 2:9, Wherefore God also hath highly exalted him, and given him a name which is above every name:

We need to realise that we have been given power over satan and we do not have to yield our conscience to him! We have the mind of Christ and are his body, The Church!

In the book of 1 Corinthians 8: 4 – 13, the Apostle Paul expounds on the eating of meats offered to idols and how it condemned those with a weak conscience! First Paul establishes in verse six that there is only one God and Father and Lord Jesus Christ.

Now, in verse 8, he says “But meat commendeth us not to God:”. It is not the eating of meat that condemns us but the weak conscience. So what if a goat was offered as a burnt sacrifice to a false idol? That meat has no sin in it. That idol is not alive to punish you! There is only one God! Paul knew eating meat offered to idols was is not offensive to God! Paul understood in his heart, there is only one God and Father.

The only sin we commit is if we allow our freedom of grace to become a stumbling block to the weaker brethren. We must try not do things in front of them knowingly that will condemn their weak conscience. We need to instruct them in this matter so they may overcome it by prayer and faith in God’s word! God’s grace is exceedingly abundant to all. Where sin did abound, grace did much more abound!

John 8:43-45
43 Why do ye not understand my speech? even because ye cannot hear my word.
44 Ye are of your father the devil, and the lusts of your father ye will do. He was a murderer from the beginning, and abode not in the truth, because there is no truth in him. When he speaketh a lie, he speaketh of his own: for he is a liar, and the father of it.
45 And because I tell you the truth, ye believe me not.

James 3:13-15
13 Who is a wise man and endued with knowledge among you? let him shew out of a good conversation his works with meekness of wisdom.
14 But if ye have bitter envying and strife in your hearts, glory not, and lie not against the truth.
15 This wisdom descendeth not from above, but is earthly, sensual, devilish. 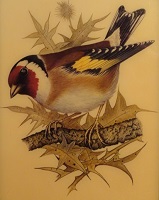 Adam fell because he failed to obey the spoken word of God! Not because the tree produced a certain kind of fruit but because he disobeyed. When we fail to obey the word of God, there are always consequences. Some more sever than others depending on the work set before us and the disobedience.

We must follow truth! We must allow the truths of God’s word to sink into our hearts and minds! Jesus told the Jews who believed on him in John 8:32 “And ye shall know the truth, and the truth shall make you free”.

We have to come to the knowledge of the truth of God’s word for our lives before we will be free of the mind games that satan wars against us with. I think the first truth that helped deliver me was knowing that God’s grace is sufficient and that God is faithful!

God’s word is truth and is settled in heaven forever. When God told Adam in Genesis 2:17, that the day he ate of the fruit of the tree of The knowledge of good and evil he would die, that word was established and would not change! As soon as Adam ate of the fruit his eyes were open and he saw his nakedness before God! He had sinned and his sin exposed him and opened his eyes to his disobedience!

Now it was hiding time! Adam saw his nakedness and hid himself from God! Just as we do now, somehow we think that God does not see it all and we run and hide in an effort to keep God from seeing or knowing what we have done or said! (Smiling) We cannot hide from God! God knew Adam had eaten of the fruit! Just as Adam and Eve did, we hear God through the Holy Spirit convincing us of our sin and we run and try to hide it! Adam heard God’s voice walking in the garden in the cool of the evening, so they ran and hid themselves from the creator! How foolish we are sometimes, the creation cannot hide from the creator! The creator knows all there is to know about the creation!

Although they sinned and disobeyed God’s word, he still came to them. He did not destroy them and condemn them to eternal death and destruction! God simple stated that they had disobeyed His words and because of that, there were consequences! Just as it is today, when we disobey God’s word, there are consequences
.
James 1:15 Then when lust hath conceived, it bringeth forth sin: and sin, when it is finished, bringeth forth death.

But thanks be to God who has loved us with an everlasting love, we have the opportunity to escape the punishment of hell.

Romans 5:19 For as by one man’s disobedience many were made sinners, so by the obedience of one shall many be made righteous.

We have become the righteousness of God through Jesus Christ!

2 Corinthians 5:21 For he hath made him to be sin for us, who knew no sin; that we might be made the righteousness of God in him.

The disciples ran from Jesus the night Jesus was arrested and tried (Matthew 26:55)

You can hide because or your sin, run away by disobedience, forsake him, even try to hide by lying about or to him but it will never work!

Let us come to him in his love and acceptance and love him back. It is so little he ask of us in comparison to what he has done. This walk of obedience and faith is a wonderful thing and has so many promises attached to it! Faithful Christians will never be in need!

The conclusion is this,

Romans 12
1 I beseech you therefore, brethren, by the mercies of God, that ye present your bodies a living sacrifice, holy, acceptable unto God, which is your reasonable service.
2 And be not conformed to this world: but be ye transformed by the renewing of your mind, that ye may prove what is that good, and acceptable, and perfect, will of God.
3 For I say, through the grace given unto me, to every man that is among you, not to think of himself more highly than he ought to think; but to think soberly, according as God hath dealt to every man the measure of faith.

You can find some good reference bibles at our affiliate below.

If you have enjoyed this article on Running from God leave us a comment below or share your own views.