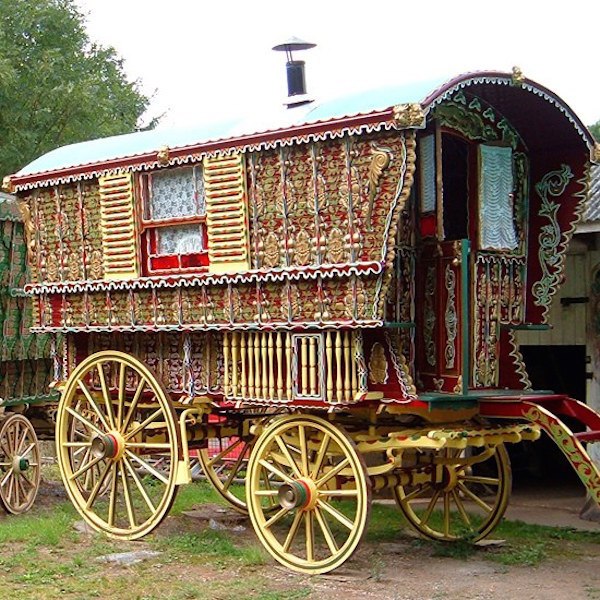 Gypsy Wagons and peoples have been around for centuries and have always been a mysterious people to many.  They lived from town to town and many times living off what the land provided them.

The dictionary gives this definition: A member of a people that arrived in Europe in migrations from northern India around the 14th

of their traditional culture, including an itinerant existence and the Romany language.