“Where the Orpingtons run free” 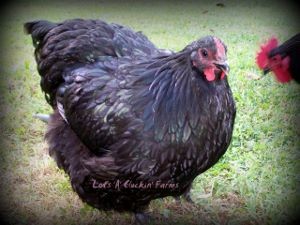 My name is Ayslen Redmon and I am the owner of Lots ‘A’ Cluckin’ Farm.

We breed Heritage English Orpingtons to the English standard. We strive to get this heritage breed back to how it once was: A dual-purpose breed used for both eggs and meat.

Located on a small farm in Middle Tennessee, our chickens have several acres for free-ranging.

Our line is comprised of Orpingtons from two different lines, by breeding Imported English lines with English x American lines. We strive to balance between Orpingtons bred purely for show and those bred only for egg-laying.

Each year, we select only the very best to produce the next generation. Size, type, hardiness, temperament, mothering instincts, and egg production are all considerations when pairing our breeding pens. We believe these attributes produce a bird of true utility that possesses the unsurpassed beauty that this breed was originally bred to have.

Having heard stories all throughout my childhood about my parents’ experiences of growing up on a farm, the thought of farm life has long intrigued me. Aside from the occasional visit from neighborhood dogs, my brother and I had very little experience with animals while we were growing up. Despite this, however, I was determined to raise chickens!

Late one night, a conversation I was having with my mom eventually led to the subject of farm animals her parents owned when she was a child. Some of the animals that lived on her family farm included cows, pigs, sheep, horses, and chickens. After continuing this conversation for several minutes, I finally worked up the courage to ask for some chickens of my own. Although I initially asked for only five or six hens, my mom insisted –much to my delight– that I needed at least twelve hens to make buying a coop and supplies for them worth the time and effort.

In the weeks following our conversation, I did a great deal of research on how to properly care for chickens and which breeds would be the best layers while also being suited for our Tennessee climate. I found that the following six breeds best met our requirements: Wyandottes, Barred Rocks, Rhode Island Reds, Ameraucanas, Black Australorps, and Speckled Sussex. As I read more about various breeds of chickens, I also wanted to purchase ornamental breeds such as the Silkie and the Sebright.

Two months following my asking for chickens, we bought my first chicks –consisting of seven Rhode Island Reds and three Ameraucanas– from Tractor Supply Co. Before that day, I had never seen a chick in real life, let alone own one! However, there were still a great variety of chickens that I wished to acquire.

Just two months after purchasing my first chicks, I was already up to fifty-eight chicks! Given that some of the chicks we bought were straight-run, we had more males than were necessary. Once the chicks were old enough for us to distinguish the males from the females, we discovered that roughly half of the chicks were males and had to sell a large portion of them as a result.

I started to research English Orpingtons and found dedicated breeders to talk to about the breed, from whom I learned that English Orpingtons are the ultimate dual-purpose breed. As a dual-purpose breed, they lay 200-280 eggs per year, make great meat birds and are wonderful parents. They also love to forage and, if left out to pasture all day, they will eat about half of their daily nutritional needs just from foraging.

Following my research of English Orpingtons, I quickly found two six month old 100% English Black Orpington pullets for sale and did not hesitate to buy them. When I brought them home, they fit right in with the rest of the flock as there were very little fighting and the pecking order was established very quickly. Within three weeks of us purchasing the two pullets, one of them started laying and I decided I wanted to hatch some chicks from her. I contacted the breeder of the two pullets and discovered she had a few extra roosters that she no longer needed, which she generously gave to me free of charge because she saw that I was passionate about improving the breed. 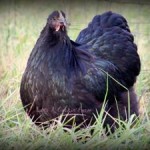 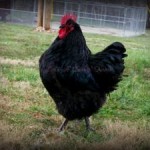 In February of the following year, I hatched my very first chicks out of the 100% English Black Orpington pair. By that time, I had found a number of reputable English Orpington breeders and decided I wanted a wider variety of color in my Orpington flock. Thus, I ordered some BBS (Black, Blue, and Splash) and Lavender Orpington chicks from a breeder in southern Illinois. However, given the fact that I already had a fairly large flock, I had to make room for the new chicks. I ultimately sold all of my original chickens and kept only the Orpingtons. 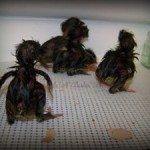 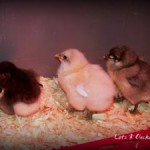 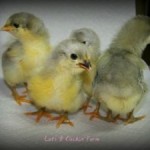 When I first got chickens, I could not have predicted that Lots ‘A’ Cluckin’ Farm would turn into what it is today and I am very thankful to have had the opportunity to breed such high-quality birds. Over the past few years, I have made many friends that also have the same interests and breeding goals as I do. Some of the more experienced breeders I have come to know have helped me decide which birds are the best to keep for breeding so I can produce the highest-quality chicks possible.

Here at Lots ‘A’ Cluckin’ Farm, we currently have two breeding pens, one for our BBS Orpingtons and the other for our Project Lavender Orpingtons. In hopes of improving feather quality and adding size to future generations of our English Lavenders, we will be breeding our Lavender Orpington hens to our 100% English Black Orpington rooster to produce black chicks that carry one copy of the lavender gene. 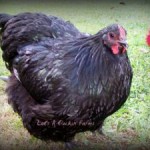 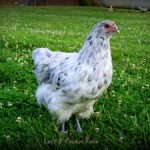 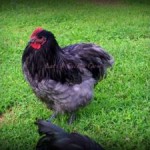 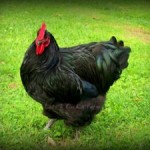 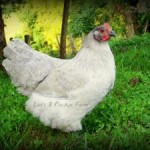 We will be offering hatching eggs and chicks from both the BBS breeding pen and the Project Lavender breeding pen in the spring of 2014. 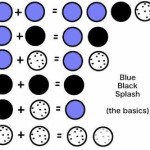 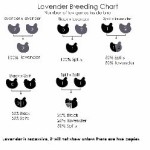 For more information about our birds, I can be contacted at lotsacluckinfarms@gmail.com

For more pictures of my birds, you can visit Lots ‘A’ Cluckin’ Farm Face Book Page.

Don’t forget to share us on your favorite Social Networks!