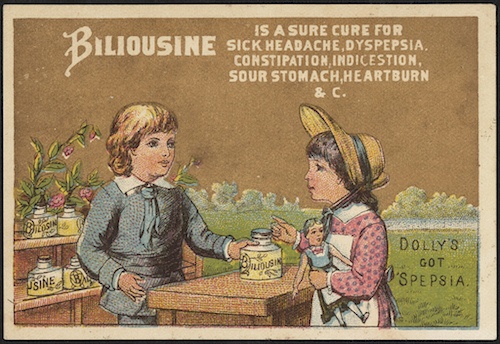 I have had heartburn many times and have tried several natural remedies for heartburn.

Heartburn and acid reflux is something that plagues us as we grow older, and make us wary of which foods we eat. People who suffer from frequent heartburn don’t see barbecue cook-outs as a fun filled festival, but rather a dilemma as the heaping portions of BBQ beans, burgers, and creamy salad dressings look so inviting. Temptation kicks in, and a plate or two later, you’re clutching your chest as the burn sets in, and acids start creeping into your esophagus passageway.

However, before you whip out the heartburn pills, you should know that there are several great natural remedies for heartburn. These can be found in your garden or your kitchen cabinet, and while some work better than others, they’re all proven to be effective treatments for heartburn and acid reflux.

I’m listing this one first because it is, in my opinion, hands down the best natural remedy for heartburn. Apple cider vinegar in general is great for heartburn, but what sets Bragg’s apart from the rest is that it’s raw, unfiltered, and wholly organic. It is certified Non-GMO, and can be stored indefinitely as long as it’s kept out of direct sunlight. The reason Bragg’s Apple Cider Vinegar is great is because acid reflux and heartburn go hand in hand. Acid reflux is not typically caused by too much acid in your stomach, but rather too little. Drinking a few teaspoons of Bragg’s ACV diluted in a glass of water will prevent the acid reflux, and bring you some much needed relief.

Note: You can also add some Black Strap Molasses or a little bit of honey to this so it isn’t too bitter. The molasses and honey are good for you also. This is our personal favorite natural remedies for heartburn. We drink this daily and it actually controls and eliminates our heartburn all together.

There was a children’s show in the 90s called Barney & Friends, which featured an anthropomorphic purple dinosaur and various activities with children. They would sing a song on this show that went “I like to eat, eat, eat, apples and bananas”. As silly as the song was, there was a bit of ingenuity to it. Apples and bananas contain some natural antacids that can help prevent indigestion and acid reflux. So if you’re susceptible to heartburn and acid reflux, follow the advice of the purple dinosaur.

If you’ve ever eaten sushi in a restaurant, you know it tends to be served with slices of pickled ginger. This isn’t just to cleanse your palette, however. The practice of eating ginger with raw fish is an old Japanese custom, from when fishermen would eat freshly caught fish in their boats. They would then eat ginger afterwards to prevent stomach problems from any bacteria the fish contained. Cutting up a few slices of ginger and boiling it into a tea is a great remedy for heartburn from indigestion, and ginger actually grows pretty easily, so consider planting a few in your backyard.

A teaspoon of baking soda diluted in water is another useful natural remedy for heartburn. Baking soda has a pH (potential of Hydrogen) higher than 7.0, which means it will easily neutralize stomach acids. This won’t actually prevent acid reflux, but because the acid has been neutralized, it won’t burn your throat when it travels up your esophagus.

Note: One drawback of baking soda, even though it has been know as one of many very good natural remedies for heartburn for many years, is that it shouldn’t be used as a long-term solution. Using this remedy for longer than a week can have side effects such as nausea or swelling, due to the high salt contents.

Cut Down on Cigarettes and Alcohol

People who chain smoke while throwing back whiskey shots are setting themselves up for horrible heartburn the next day. Johnny Cash, rest in peace, may have made unfiltered cigarettes and whiskey look incredibly manly, but there’s good reason to believe his raspy voice was the product of acid reflux’s long-term effects on the vocal chords. Cigarettes and alcohol will weaken your LES, making acid reflux much worse. So at the risk of sounding like your doctor or nagging wife, you should really cut down on both of these, if not stop them altogether.

Mustard is another good neutralizer of stomach acids. Mustard typically contains a mixture of vinegar, mustard seed, and a few other ingredients. It doesn’t matter if it’s brown or yellow mustard, both work equally well. Plus it’s just delicious, I put mustard on hamburgers, hotdogs, in potato salad, I love some mustard. If you’re feeling a bout of heartburn coming on, and you’ve got nasty acid coming up your esophagus, eat a spoonful or two of some delicious yellow mustard, and wash it down with a glass of water.

This simple remedy was recommended by Reader’s Digest. Organic almonds can neutralize the stomach acids and prevent heartburn. Try eating just a few after every meal, not a whole bag of them. Some people have found that eating too many almonds can actually trigger heartburn.

A natural orange peel extract, D-Limonene acts as a sort of protective coating for your stomach and esophagus. Study trials revealed that a third of subjects who took the extract before eating reported relief after a single capsule, and 90% of the subjects had relief after two weeks. The relief lasted up to 6 months! This tuff sounds like it could be one heck of a heartburn remedy.

Chewing gum will stimulate your salivary glands, which produces more saliva. What this does is dilute or wash away the acids in your stomach more easily, which improves the overall symptoms of GERD (gastro esophageal reflux disease). A study was actually conducted by the Journal of Dental Research, which had patients chew a piece of sugar-free gum after every meal. The results of the study concluded that chewing gum is beneficial.

So there you have it. All of these natural remedies for heartburn can be easily found in stores, or in the case of ginger, grown right in your backyard. It beats carrying around a pocket full of over the counter prescription drugs, which can have side effects such as anxiety, nausea, and difficulty in bowel movements. If you suffer chronic , or are diagnosed with a more serious medical problem such as GERD, you should still discuss treatment options with your doctor.

Thank you for stopping by and reading our article on natural remedies for heartburn. We also have an article on the uses of Baking Soda located here. >> Uses For Baking Soda Lots of good tips and tricks in that one also!

How To Kill Black Mold