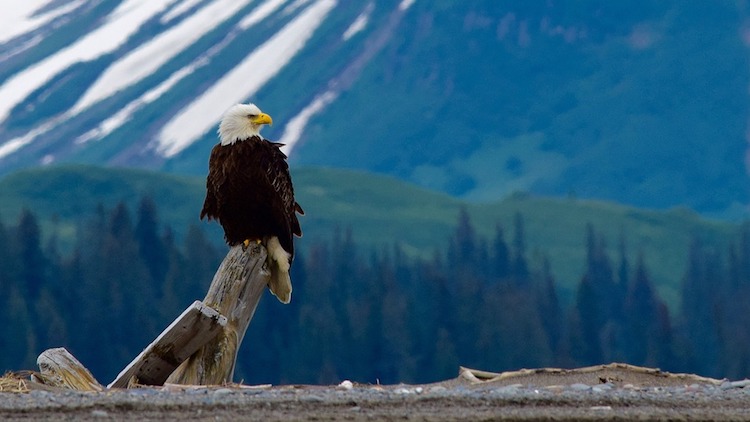 The bald eagle is a bird of prey who resides in North America.

There are two other eagles that are similar in appearance but not to be mistaken for the bald eagle.

A sea eagle, it has two known sub-species and forms a species pair with the white-tailed eagle. Its range includes most of Canada and Alaska, all of the contiguous United States, and northern Mexico. It is found near large bodies of open water with an abundant food supply and old-growth trees for nesting.(Wiki)

The bald eagle has the largest nest in North American and is a bird of opportunity. It will grab fish as it swoops down as it spots them near the surface.

Follow this Photo Gallery for some beautiful photos of the Bald Eagle in its natural environment! 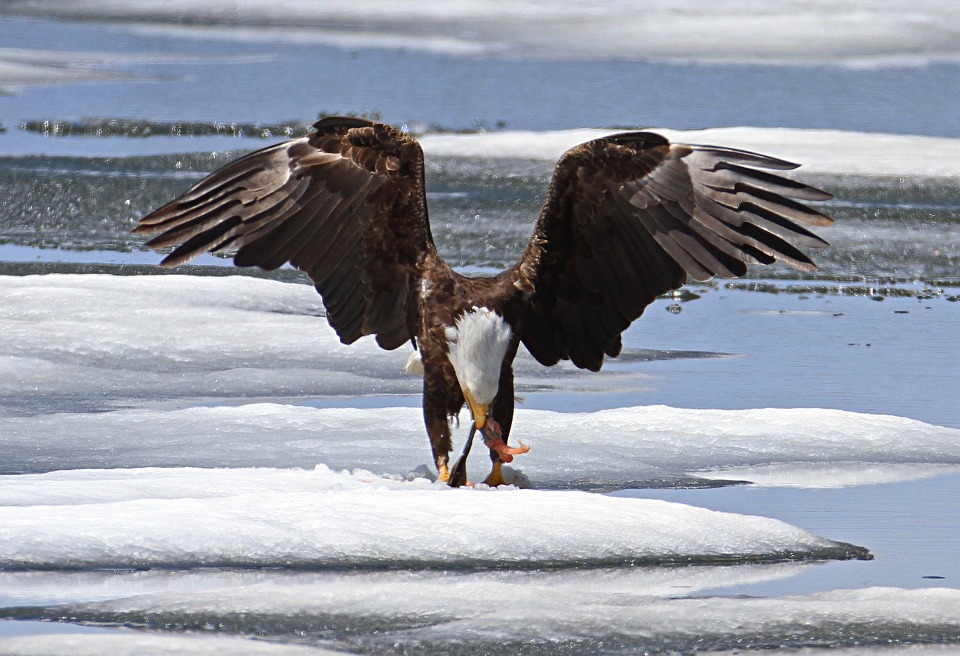