Covered bridges – Past and Present

Covered Bridges from the Past 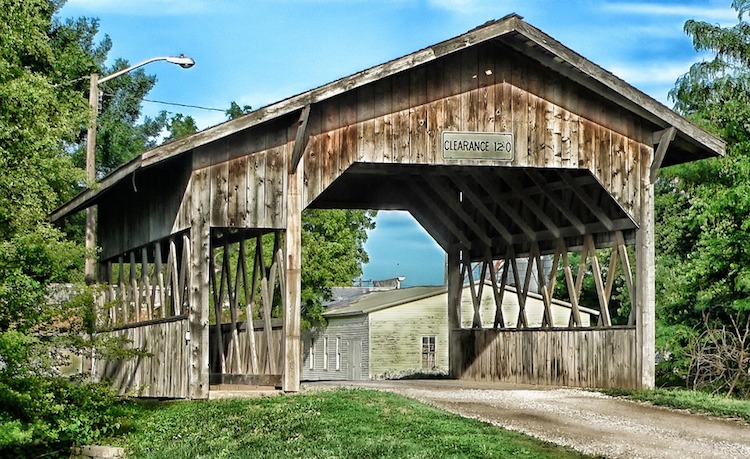 Covered bridges are timber-truss bridges with roofs and siding which, in most covered bridges, create an almost complete enclosure. The purpose of the covering is to protect the wooden structural members from the weather. When left uncovered a wooden bridge only have a lifespan of of approximately 10 to 15 years because of the harshness of the rain and sun.

All covered bridges are not fir automobiles. Many bridges have covers for reasons other than protecting wood trusses, such as for protecting pedestrians and keeping horses from shying away from water, are also sometimes called covered bridges.

These beautiful bridges were at one time plentiful across our nation but in latter years they have become less abundant to a state of almost becoming extinct.

Some have been repaired and others have been preserved as State landmarks. There are very few of these left to admire.

although unverified, the Carlton Bridge built in 1789 in Swanzey New Hampshire is tooted by locals as being one of the first covered bridges in the United States.  Another covered bridge built in the early 1800’s over the Schulykill River in Pennsylvania has also claimed it’s bridge as the first. This on also is unverified.

In Kentucky, my home state – As many as 700 covered bridges existed in the past, though only 13 are known to still exist. 12 are open to the public and one exists on private property; all are listed on the National Register of Historic Places.

If you would like to see if any covered bridges exist in your state, you can click HERE.  There are around 30 links for you to check out and enjoy.

We hope you can find a bridge in your state or area and have the opportunity to go check it out.

If you have any of these wonderful historical bridges in your neck of the woods, be sure to leave us a comment on the bridge.