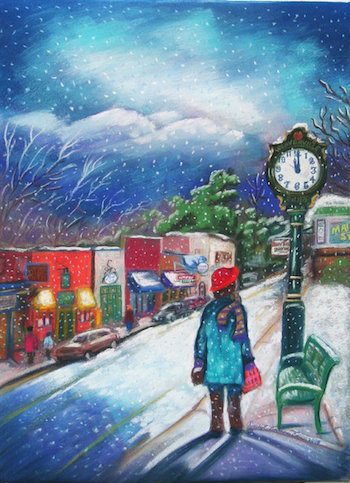 Doreyl Ammons Cain was Born and raised in the Blue Ridge Mountains of Western North Carolina, she grew up drawing birds in the sand on the dirt roads around her home. Receiving her first art award in third grade, Doreyl went on to win the South Carolina State Art award for teenagers, a purchase prize and scholarship to Furman University and an art scholarship to the University of South Carolina.

Later, in California, while achieving a Bachelor of Fine Arts and a Master of Arts degree in Biological/Medical Art through California State University at Long Beach, she garnered more awards, this time in science as well. She received awards in anatomy, physiology and microbiology, and “The Best in the West Art Award” three years in a row. Her dreams became a reality as she worked in most every artistic venue

During this time Artist Doreyl Ammons Cain exhibited her works of fine art in group and individual shows at the: 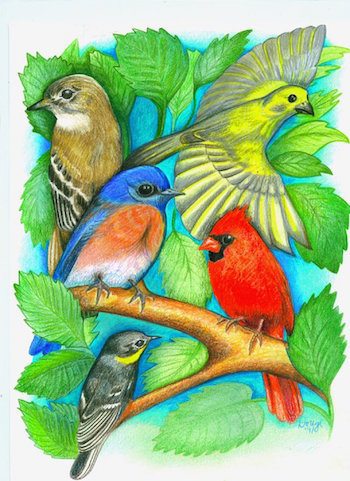 Since coming home to North Carolina, she cofounded Catch the Spirit of Appalachia, Inc., a not-for-profit organization dedicated to honoring the heritage and creativity of all people. She and her sister, Amy Garza, author and storyteller, have facilitated creativity workshops and performed (storytelling and spontaneous visual art) for millions of children and adults in schools, colleges and public venues. In these performances Doreyl creates a 6 foot by 5 foot spontaneous mural of Amy’s stories of their Appalachian heritage. These quick works have traveled all over the world, as Doreyl gives the art to one member of the audience at the end of each performance. Winning the Western North Carolina Heritage Award through Western Carolina University in 2013, The Ammons Sisters are actively involved in the community through art & heritage festivals, youth talent shows, CSA Youth Scholarships and book publishing. Doreyl developed and started the ColorFest, Art of the Blue Ridge fine arts festival in 2008 in celebration of the fine artists of Western North Carolina. Currently Doreyl Ammons Cain has a segment called Creative Corner” on their radio show, “Stories of Mountain Folk” which plays on WRGC in Jackson County and world -wide on the Web, with thousands of listeners. 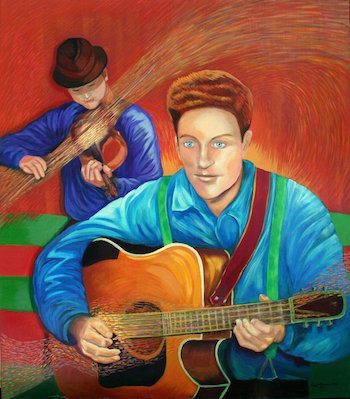 A stunning three dimensional “Tree of Life” bronze plaque was cast and finished by the Jackson County Green Energy Park and Western Carolina University art students, and attached to the Dillsboro historical mural, “On Hallowed Ground.” Hanging from the bronze casting is the permanent metal engraved donor’s plaque honoring those who donated to the mural. A celebration of the many community members who donated to the mural project!

From 2004 through 2013 Doreyl Ammons Cain has created art for five children’s books, 30 book covers, 48 magazine covers and artwork for Catch the Spirit of Appalachia non-profit Organization. Currently she is illustrating a series of 6 children’s books and is researching two major WNC murals.

Today she and her husband, Jerry Cain, have designed a new line of art cards, limited edition Giclee art prints and are living in the back woods of WNC on a nature preserve called “Nature’s Home,” based on the principles of recycling through Permaculture and sustainability.

All photos above are from the collection of the artist and she has all copyrights on them.

Article submitted by: Barbara Woodall author of ”It’s Not My Mountain Anymore”

Thank you for reading our article on Artist Doreyl Ammons Cain. We hope you have enjoyed it as much has we have!