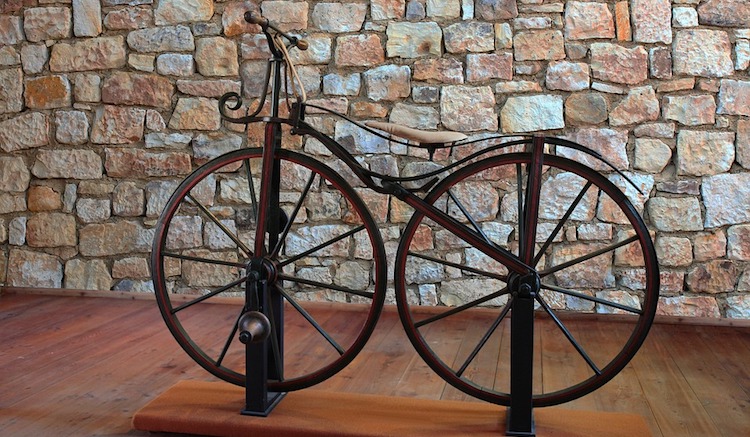 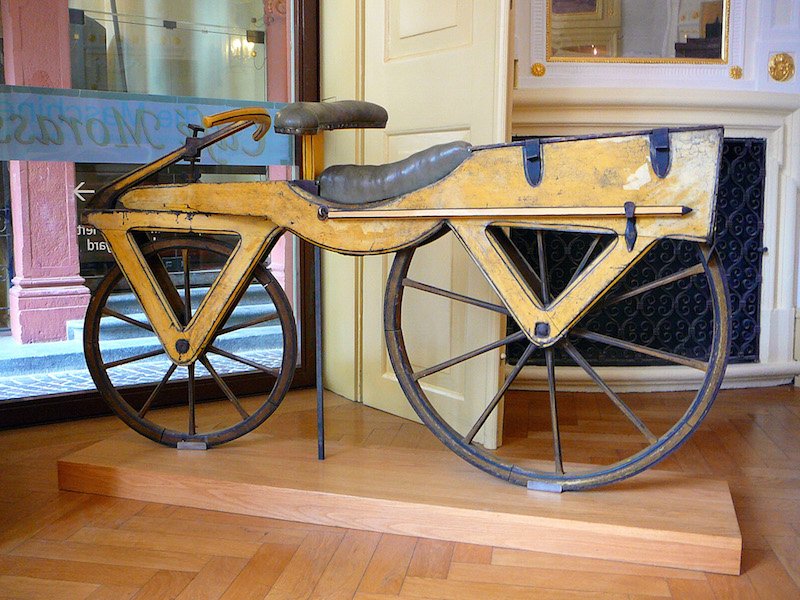 Wooden Draisine Bicycle https://en.wikipedia.org/wiki/Bicycle The dandy horse, also called Draisienne or Laufmaschine (German, lit running machine), was the first human means of transport to use only two wheels in tandem and was invented by the German Baron Karl von Drais. It is regarded as the modern bicycle's forerunner; Drais introduced it to the public in Mannheim in summer 1817 and in Paris in 1818. Its rider sat astride a wooden frame supported by two in-line wheels and pushed the vehicle along with his/her feet while steering the front wheel.