A Gallery of Gorgeous Rooster Pictures

A Beautiful Gallery of Rooster Pictures Where I was raised in the country back roads we had lots of chickens and roosters! Loooking at Rooster Pictures was not something that came to mind at all as they were in our yard all day!

I lived with my grandmother for several years to help her as she aged and had no husband around the place to take care of chores.

One of the things I did daily was to gather eggs daily.  She had several chickens and a couple of big ole roosters around who “Ruled the roost” so to speak.

These were fellows that I respected but took a shot at every chance I got!  I don’t mean I literally shot at them as with a gun but rather kicked or swatted with a stick if I got the chance.

They seemed to never miss an opportunity to terrorize us kids, as opportunities arose.

I have seen my mother, father and grandmother ring a chickens neck many, many times.  I have seen their heads chopped off with an ax or sharp hatchet many times! I know this may sound gross to many but it was a way a way of life.

We participated in plucking and keeping the water hot! Our chickens were a food source for more than just eggs, we ate them also!  When an older hen quit laying, she became a candidate for a stew pot.

If she could not lay eggs, my grandmother could not afford to feed her just o she could run around with the other chickens!  Things were not the way they were now.

Grandmaw could not jump in a car and run to town anytime she wanted a dozen eggs or a chicken dinner from Dairy Queen.  You see, she didn’t own a car and what little bit of income she had was used to pay her bills and buy the necessary groceries to live on!

In today’s society, we have the luxury of keeping chickens and roosters as pets! We even train them to certain things!  Some folks prefer them to pets such as cats or dogs!  Even though many are raised as pets it is seldom you hear of a homeowner raising chickens for meat.!  Chicken dinners are so readily available at restaurants and processes cut up chicken are readily available at the grocery.

We get to bypass all the unpleasantries of killing and plucking a chicken ourselves. Now, that being said, it was not an unpleasant thing for us as kids in that day. It was something of an event and we looked to it with anticipation!  Any activity to take our minds off the surrounding hardships was a welcome thing!

So, enjoy the Gallery of Rooster pictures and let us know if you owned or was terrified by one of these beautiful birds as you grew up! 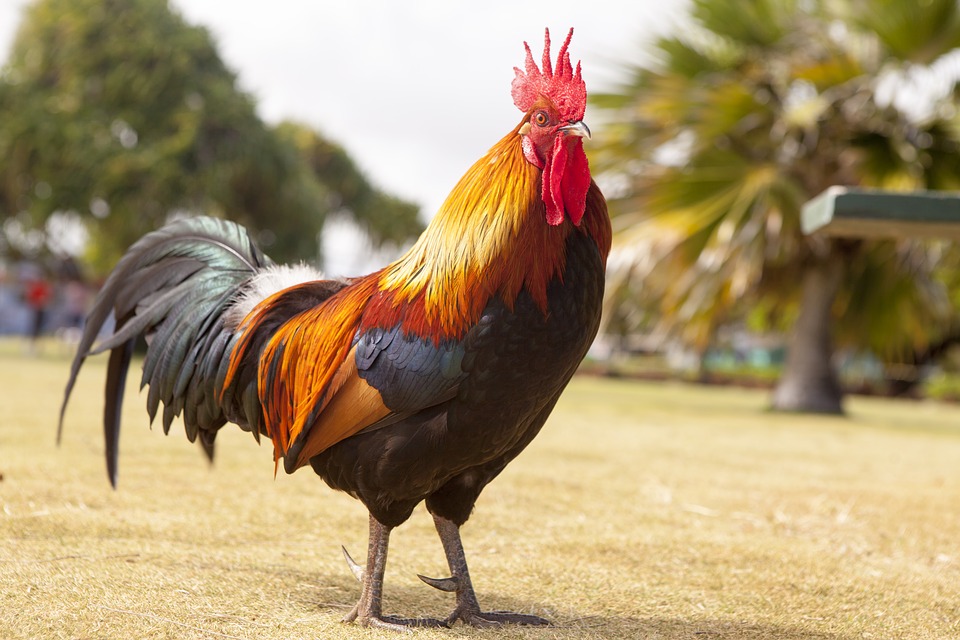