How to Boil Corn on the Cob and other Methods

How to Boil Corn on the Cobb 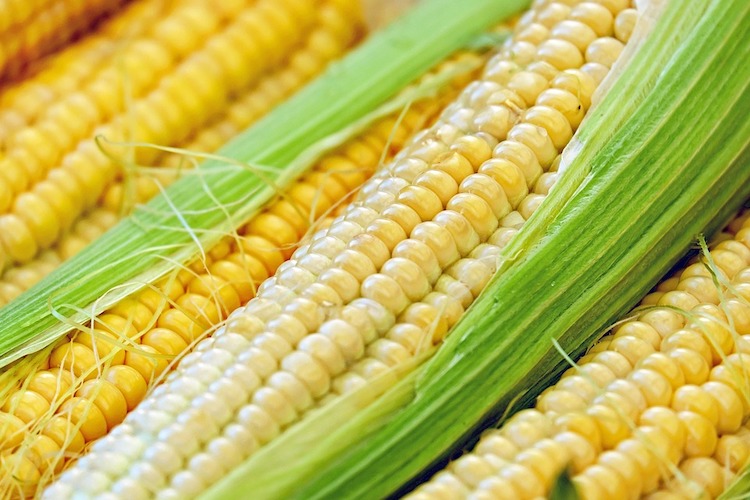 Set down and enjoy our recipe for boiling con on the cob. It is not difficult and a child can do it if supervised correctly!

Our recommendations for delicious Corn on the Cob!

First, you need a sweet corn right out of the garden if possible. Fresh corn always, always taste better than corn that has been shipped. I know, sometimes this jsut isn’t possible.

So, if you have to get corn from your grocer, be sure to look closely at the kernels if possible. They need to be full and plump!  If they have a little concave to them, pass them up, more than likely you won’t enjoy them. The kernels are drying up. I found this out the hard way back in the winter. It basically ruined our whole meal!

How we Boil Corn on the Cob

First, get you a large pot that will hold all you intend to boil comfortably. You need room at the top! We rarely boil over 5 ears at a time so our 5 Quart Red Copper kettles work great.

First bring your water to a boil while you are husking the corn. As you are preparing your corn cobs run cold water over them. Once your corn is husked and your water is boiling, gently , with a large set of tongs, lower your corn cobs into the water as to not splash any on you.

Allow this to boil for approx. 10 minutes.

Below are the main issues with boiling corn on the cob!

How soft or hard do you like your corn on the cob?

The longer it boils, the softer and mushier it will be. It will also loose it’s sweetness as the sugar boils out! We choose 10 minutes because this gives us the texture we like. Some folks will only submerge the corn into the boiling water and remove it as soon as it starts boiling again. Others allow the corn to boil 4 – 5 minutes. It is all a matter of taste.

We never salt the water ahead as there is speculation that this can cause the corn to get harder that desired. We really like our corn, so we didn’t experiment with this. 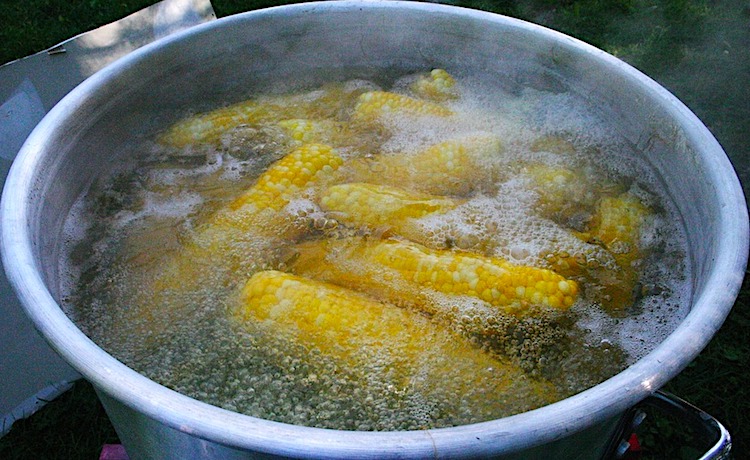 As a child we always grew a large garden and the staple for the garden was sweet corn! My mother froze the corn and we ate it all winter. She would cut the corn off the cob and scrape it then blanche it for a couple of minutes then put it in freezer bags and freeze it.  In the cold months this was thawed and fried in a little bit, or sometimes a lot of butter and it was delicious, practically as good as fresh! To me, nothing beats fresh fried corn with a ripe tomato to cut up in it!

Over the years I have come to understand that corn on the cob can be frozen simply by dropping the ear with the husk still on it in a bag and dropping it in the freezer. When ready to eat, just remove and put in boiling water, husk and all. When the water begins to boil again, some remove it then and others allow it to boil for a few minutes.

Corn on the cob can also be microwaved. You just pt your corn with the husk on it into the microwave and set for 2 -3 minutes, Remove and cut the end off and pull husk, silk and all off in one motion!

The video below gives excellent instructions on how this is done!

There is just no way to say which way is best for everyone because we all have different taste. If you have favorite recipe or way of boiling your corn on the cob, be sure to leave us a comment below!

How to Grill Corn on the Cob!

There are several ways to make corn on the cob including grilling them. You can either leave them in their own husk or wrap them aluminum foil for this method.

Either way you choose, I am sure your guest will be impressed and this is part of the flavor anyway, right? 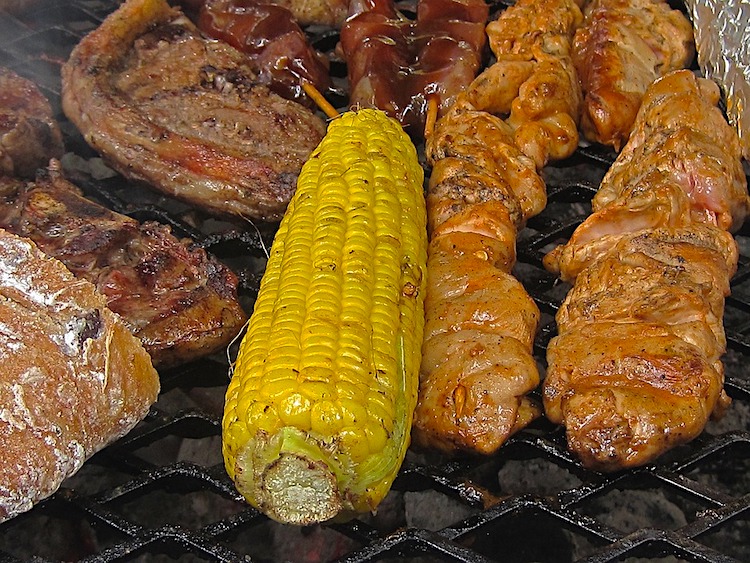 Be sure to remove the outer layers of the husk but leave a few to cover the corn. Next, if you want juicy corn we recommend you soak your corn, husk and all in a bath of cold water.

After you remove the corn from the bath, shake off the excess water and peel back the husk and remove the silk. (Do not remove the husk completely in this step, just peel them back)

Add the corn to the grille that has already been heated to at least 350 degrees. Once it begins cooking, you will want to turn and rotate it so it doesn’t char too bad on one side.

After turning it a couple of times, you will want to move the corn to the side of the grill where it is out of the direct heat and let it cook there for approx. 15 more minutes turning regularly.

When the husk begins to turn up and pull away from the tip of the ears, it is ready to remove. If you leave it for much time beyond this, you can over cook it and it will get mushy and not really fit to eat!

Please be careful removing and handling the ears of corn in the husk as they will be very hot! If you need to handle them before serving to your guest, we recomment using oven mitts!

There ya go! Three ways to fix corn on the cob this summer and winter!

The main thing is to have fun and enjoy this delicious meal!

Leave us your expert opinions below!