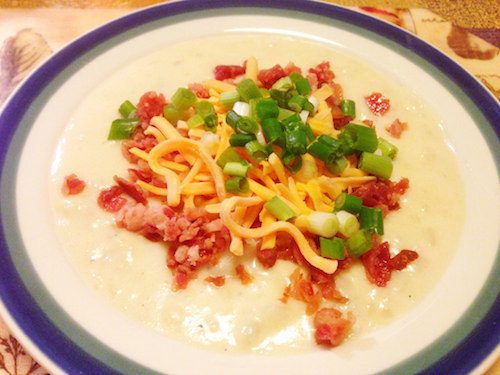 I still remember times when my mother would be pressed for time or meat for a round meal and she would grab a bunch of potatoes and her big stock pot and make homemade potato soup. This was always very good!

You see, we always had potatoes readily available as we grew them every year in the garden plot that my father had plowed and disk every summer. That large garden would yield us tons of food for the winter.

One of the largest plots in the garden was for potatoes because as everyone who cooks knows they can be made in a huge variety of ways! Baked, stewed, fried, cooked, on and on the list will go!

I have come to think that potatoes are one of the most diversified items you can grow in your garden!

Ok, lets get on to the cooking. As many of you know this dish is many times called Homemade Tater Soup! This is just a country thing and some of you may not understand the language or think it improper but the soup will speak for itself! 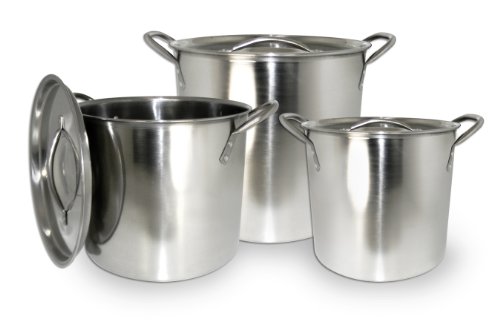 Note: You can add more cheese, chopped green onions or crumbled, fried bacon to top this with when finished or all of them. Delicious!

Thank you for stopping by and viewing our Homemade Potato Soup Recipe! If you have enjoyed it leave us a comment below.


If you have a staple potato dish you wish to share just drop over to our Contact Us Page and leave us a message. We would love to feature your soup on our site and share it with all our Social Media friends!