Madison, Her Attitude of Gratitude 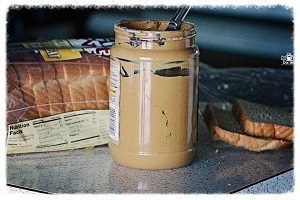 Madison stepped into her newly remodeled kitchen and immediately frowned. Joshua had left the cabinet doors open, dirty dishes on the counter and an uncapped and half empty jar of peanut butter. She sighed and began to clean up his mess–again. “Why can’t he ever clean up after himself?” she mumbled. She was so tired of the tornado he created in the home. He left behind a piece of himself in each room; clothes on the floor in the bedroom, toothpaste in the sink and towels on the floor in the bathroom…

Madison fantasized about how nice it would be to have a place all to herself. She imagined coming home after work and being able to relax without having to fix dinner for Joshua. Better yet, being able to come home and start dinner without having to clean the kitchen first! She imagined herself only having to do one half of the laundry-Joshua felt that laundry was a woman’s job! As if she didn’t already work a full-time job! Sure, she wouldn’t have anyone to ask how her day was when she came home from work..but Joshua rarely listened to her when she described her day anyway! On those rare occasions that he did paid attention, instead of listening he tried to fix things. Not exactly what she was looking for. She just wanted to vent. Why couldn’t he see that?

When Joshua had not returned home from work at his usual time, Madison began to get angry. She had taken the time to make him a meal and he had not bothered to call to let her know he would be late. “I am so sick of having to think about someone else all the time!” she seethed. Just one time, I would like it to be all about me. She settled back on the couch and ate her dinner watching the evening news.

When several more hours had passed and she had not heard from Joshua, she began to panic. Where could he be? Was he in an accident? Was there another woman? Her emotions zig-zagged back and forth from worry to anger. Why hasn’t he called? Surely if there were an accident she would have heard something? Madison called the local hospitals, the state police, and even Joshua’s mother. No one had any information. What if he had run off with another woman….would he do something like that? Did she really pay attention to him the way she should? Did she only see the negative side of him instead of seeing the good he brought to her life? She began imagining her life without him. Then she began to cry. She spent more time complaining about Joshua then praising him-more time worrying about what her house looked like to others than spending time with him. If only he would call….or come home….she would make it up to him.

“Why are you crying?” Joshua asked as he walked into the room, rubbing his eyes. “WHERE HAVE YOU BEEN?” sobbed Madison, running towards him, not even realizing that he was in his pajamas. “I left work early today. I wasn’t feeling well so a co-worker brought me home and I fell asleep. What time is it?” he asked. “Time for a change”, she replied, hugging him tightly. “Can I get you something to eat?”

This article and photo above was written and provided by: Laurie Jean Houck, Owner of The View From Dix Hill.

If you want to drop her a line, Laurie’s email is, Lauriejh2002@yahoo.com

Stop by and visit our Affiliate for your shopping needs by clicking the photo’s below.

If you have enjoyed the article on “Madison, Her Attitude of Gratitude” leave us a comment below.