A Life for Nancy Silver: Visiting the scene of the story 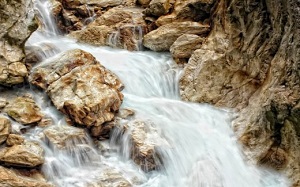 Nancy Silver looked around, taking it all in. they owned land on both sides of Crane Branch Road – 100 acres. For the first time in her life, Nancy felt rich. To the left was a steep pastureland that went as far as the eye could see. To the right, there was a good sized field with little rolling hills covered in tiny purple wildflowers that led to the foot of the mountain. Just a short piece up, the creek ran across the road, then through a little meadow where an old shack stood, and on down alongside the foot of the mountain.
“Right here is where we’ll build our house,” David said, hugging Nancy up against him.

That passage is out of the book, A Life for Nancy – Daughter of Frankie Silver, and even though I wrote the book on Riley Henry’s research, I had never actually been to Yancey County until this past weekend.

We took our book to the Apple Butter Festival in Bakersville, a small, little town located at the foot of Roane Mountain and very close to the area where Frankie Silver killed her husband Charlie in 1831. She was hung for the murder in 1833, leaving behind their daughter, Nancy Silver, who ended up here in Macon County.

It’s a fascinating story, one which still sparks the interest of historians and descendants alike, some of whom we met at the festival. One thing for sure, we didn’t have to tell anyone the story, for they are all very aware of the tragic events that took place in their mountains so many years ago.

For me, it was the idea of just being there and trying to imagine what life from Burnsville to Bakersville would have been like in the 1800’s, as they are still just small, quaint places with extremely nice people.

Excitement rose as we traveled through Burnsville and caught a glimpse of the Nu Way Inn.

One morning, bright and early, Sinda put on the best dress and apron she had and walked into Burnsville to the Nu Wray Inn. She had seen the inn many times, but never had the nerve to actually go in the spacious white boarded building …

She rang the little bell at the front desk and waited. Directly, a short, little white woman came around the corner … she wasn’t used to seeing no black women at the inn unless they worked there. Everyone who came to the inn to stay were prominent folks in suits and ruffles. 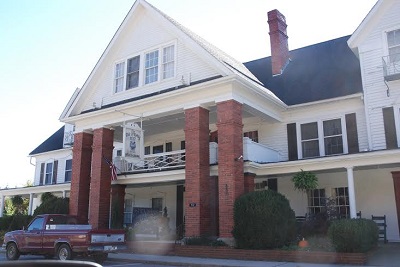 Aunt Sinda is not just a character in our book; she actually was a black woman who befriended Nancy on Cane Branch. She worked at the Nu Wray Inn, which is now a bed and breakfast. When the Civil War was going on, she would bring Nancy Silver and her children scraps of food from the inn, which could possibly have saved their lives during that time.

And, finally, when the weekend was over, we headed back toward home by way of Highway 80, a curvy little pig trail that leads to a small community called Kona. On the side of the road, perched beautifully on a little hill,, sets a small white boarded church with a cemetery behind it. We made our way through the cemetery till we found the three graves of Charlie Silver. There are indeed three separate graves … and the story just goes on and on.

A Life for Nancy Silver may be purchased at local bookstores, from the authors or Amazon and Kindle.

You can pick up the book below.


The creek photo above provided by: Creek among the rocks.jpg on Free desktop pictures

For more details, visit our facebook page A Life for Nancy, Daughter of Frankie Silver

If you have enjoyed this article, A Life for Nancy Silver: Visiting the scene of the story, drop us a comment below.