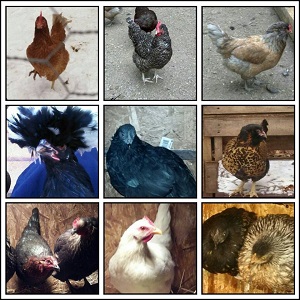 I read a blog post about disallowing Chicken Ownership! This is a first for me! I had never read or even imagined that someone could be convicted of or having their rights to own chickens taken away from them. It had just never occurred to me? I guess if you do not take care of something you should not have it. It really does not matter what the pet or creature is, if you can not or do not intend to take care of it and it can not take care of itself, maybe you should not own it?

I have been raised in an area of Southeastern Kentucky that as a kid no one had any kind of restrictions on what kind or how many animals or birds you could own. You could raise as many creatures as you wanted and anywhere on your property you wanted to. I have seen pig pens right on the edge of the heavily traveled roads with the stinch and all that goes with them as you pass them by. I have seen animals that were not well taken care of in my time but it had never occurred to me that they could have their rights taken from them to own such animals!

Most of the folk where I was raised took very good care of the critters they raised as they used most of them for some type of feed. Milk cows chickens, hogs, goats, etc were all taken very good care of for the contribution they made to the breakfast and dinner table! As a matter of fact most of the feed was grown at home to feed most of them. We worked hard to grow corn for our critters. We grew a large garden and my father always plotted off a large area for field corn for the animals. This was tended just as regularly as the rest of the garden. He felt like if you were going to raise it you needed to take care of it! We ate Corn Fed Hog meat all winter long and into the next summer! 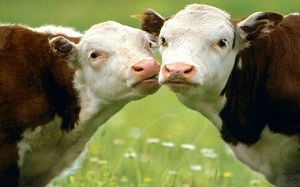 But disallowing chicken ownership? This would have been something we would have found very funny in that day! If someone had been taken to court and been given a sentence of “disallowing chicken ownership” the community would have first laughed about it then probably whether openly or secretly avoided that person as a person of distaste! You see, in that day people were just expected to do better! They did not want to be labeled in the community as someone who could not be trusted. Folks back then felt like if you didn’t take care of your animals you could not be trusted with anything else including their friendship!

Now days if you avoided someone because they were irresponsible to animals or delinquent on a promise or just didn’t care about their oath to you, you would be the one labeled as uncaring or not tolerant! I wonder what happened to the days of communities banding together for the good of the whole? Oh, I know, this is a lost time I am speaking of! I am just reminiscing a little bit and wishing we could see some better days of people being responsible for themselves again instead of everyone else having to suffer for someones else’s foolishness. The days of being responsible are pretty much gone and the irresponsible and lazy are pretty much protected by law! But, in some places you will be convicted of animal abuse and you can get a sentence of “Disallowing Chicken Ownership” if you don’t feed your chickens! 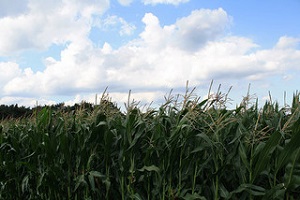 I guess this is a little rant I have gone on but sometimes I read stuff that just makes me crawl with aggravation. People can be responsible and take care of most of their own problems and get along with neighbors and all that good stuff if they are just left alone to do so. A good community and good neighbors maintained good and healthy relationships and morality in the community for many decades before the Government decided it needed to pass 1,000’s of laws per small town or city in order to control everything and everybody!

If you own chickens you can purchase some very good feed for them at our Affiliate by clicking the links below.

This article on Disallowing Chicken Ownerships is worth reading and it may turn out different than you think. The article I have just written is not a reflection on how I felt about the article I read, just some of my thoughts of a better time and place.

The story I read that inspired this article is found “HERE”

If you have enjoyed this rant or have opinions please feel free to leave them in the comment box below! Remember, no foul (fowl) language! 🙂