Chicken Houses and Farm Folk on the Back Roads

Chicken Houses and Farm Folk on the Back Roads

I grew up on the Back Roads around all of them! My paternal grandmother moved to the old homestead after my grandfather was killed in the mines in Black Mountain, Harlan County Kentucky! My father was 10 at the time and had two younger brothers. It was a hard time as this happened in 1930 and times and lives were made hard by the depression! The mining camps were a row of houses mostly owned by the mines and the miners were paid in script. Mining script was to spend at the stores owned by the mines! Either way, the mines got the money you worked for!

My father felt a large responsibility early in life as he had now become the “man” of the house at only 10 years old. Living on the Back Roads he developed a very serious sense of responsibility as he gathered eggs, chopped wood, hoed gardens, etc at that age! He didn’t have a choice like you and I do today, he did it out of necessity to eat and survive.

My Grandmother took the insurance money she received and purchased a small farm in Knox County Ky on a Back Roads known as Owens Hollow. It is now numbered Hwy 1529! This is where my father grew up and this is where I lived and grew up while going to school and for several years after.

During this time one of the things that always stood out to me was the Chickens! We had a chicken house out back and it may not have been the prettiest thing you ever saw nor was there a blueprint to go by when it was built but it served the purpose as most country chicken houses did back then. I think they are mostly called coops. I have heard many times someone refer to a family being all cooped up in a house like a bunch of chickens. Usually, they were referring to a large family living in a small house.

We watched the chickens many an evening in the summer as we would go to bed early because my dad didn’t have a car at the time and had to walk out to the main Hwy, 25E to try and catch a ride into town to his job! He left early enough so if he didn’t get a ride he could walk and still make it on time. Approx, 5 – 6 mile one way from home. This meant we went to bed with the chickens and got up with the chickens! Early to bed, it never did make us wealthy but my dad was a wise man! 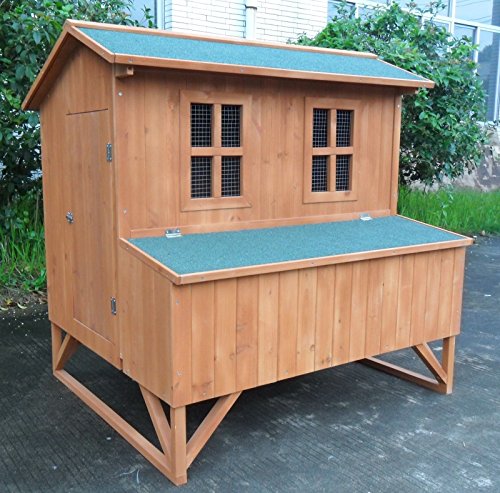 He always raised a garden and made sure to raise field corn for the chickens and hogs we raised. We always had eggs, chicken and hog meat! If nothing else we had those. Garden food also! My mother canned everything! After they bought a freezer she froze what she couldn’t can! We ate poor but good! Living on the Back Roads was maybe a poor live for monetary goods but it was rich in love and tradition. I am glad for the things I learned and inherited from living on the Back Roads.

I remember a neighbor of ours who had this grandest Chicken House I had ever laid my eyes on! It was long and narrow and they had what seemed to a small boy, hundreds of chickens! I doubt it was that many but it seemed like it to me. You see, we only kept a few head of chickens at our place but our neighbor owned a nice big place and lots of room for chickens to roam and feed and they had chickens and guineas everywhere! We enjoyed going with the neighbor’s children if it was time to gather eggs or feed. It was a never ending experience for us! That chicken house was grand! My neighbor didn’t need a book, she had several breeds and they all fit a purpose for her! She loved her chickens.

The Chicken house was fenced in and they had it so the fox, and varmints that like to feed on chickens could not get in. Sometimes despite every precaution, something would get in their chicken yard and get one!

Now came the time to lay way that rascal that was killing the chickens! Nights were spent setting out by the chicken house with the old shotgun waiting for the intruder! Traps were set to catch them in places that the chickens or dogs would not have access to. It was a serious thing to mess with the chickens! These not only provided eggs for the family but they were sold also. They also provided meat for a great family meal!

I remember my Grandmother’s chicken house. It was a small wooden box shaped building setting beside the coal house! She raised a few chickens like we did. Not like our neighbors big chicken herd! I call them a herd because there seemed to be so many of them! Many the time I have carried water to a wash tub sitting over a fire with boiling water to pluck chickens! I know this is probably not a pleasant picture to many of you but to those of us who actually participated, it brings back fond memories of family time together!

During the chicken killing and plucking there would always be two or three adults and a half dozen children running around gathering wood for the fire or hauling water in an old aluminum bucket to keep the water level from getting too low in the wash tub. I have seen my grandmother grab a chicken many times and literally ring it head off its neck! I know, this sounds cruel or gross but it was the way it was done then! Hence the term “Ring your neck like a chicken” was used around our place when we were upset at someone sometimes! This might have been a good time for a Chicken Review!

When company was coming in it was always a big thing and the chickens would pay the price! Fresh fried chicken would always be a meal during their stay! Sometimes more than once! Well, being raised on or around farms and farm people you learn to not let these things upset you like it does the now generation. If I had to, I think I could go back to that way of life. Raising chickens, hogs, gardens, etc.

As I see it, chickens have been around for a long time and I am sure they will continue to grace the tables of many families for many years to come! Funny, I never thought of those chickens being so important back then!

Thank you for stopping by Back Roads Living, visit us often as we try to update the Blog regularly!